The speaker D. Guy Jordan was part of the previous event. To review the most recent speakers list, click here.
View All Speakers 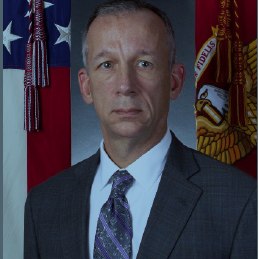 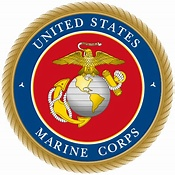 In February of 2015, following 29 years of service in the Marine Corps, he entered the Senior Executive Service with DIA and served as the Director of Plans, Policy, and Strategy, J2, US Cyberspace Command until September of 2017. He then accepted a position as the Chief Financial Officer, Directorate of Operations, DIA Headquarters where he served until his current assignment.

Mr. Jordan is a resident of North Carolina. He received a Bachelor of Science from the United States Naval Academy in 1986 and received a Master of Science in Strategic Studies (International) from the U.S. Army War College in 2009.

During his career in the United States Marine Corps, he served as the senior intelligence officer at the battalion, regiment, brigade, wing, Marine Expeditionary Force (MEF), and Marine Forces level, and as the Chief of Staff, Marine Forces Cyberspace Command. He participated in several major Joint Task Force Operations, including Provide Comfort, Restore Democracy, Silver Wake, JTF 535, and JTF 536. Additionally, he was the J2 ISR Operations Branch Chief for US Central Command and deployed in support of Operation Enduring Freedom and Operation Iraqi Freedom. He commanded the III Marine Expeditionary Force Headquarters Group from 2008-2010, Marine Cryptologic Support Battalion from 2005-2007, and Company B, Marine Cryptologic Support Battalion from 1998-2000.

Check out the incredible speaker line-up to see who will be joining Jerry.