The speaker John Kedar was part of the previous event. To review the most recent speakers list, click here.
View All Speakers 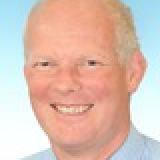 John Kedar has recently assumed the role of Director International Engagement, Ordnance Survey. He is now focusing on building and maintain key relationships within UK Government, relevant international organisations and with national governments looking to gain national value from enhanced geospatial capabilities. John left the British Army to join Ordnance Survey International in 2013, where he built new business in Middle East, South America and Europe. His experience spans a range of engineer, geospatial, intelligence and operational roles, including commanding 42 Engineer Regiment (Geographic). He has worked in Central America, Africa, Balkans, Cyprus, Afghanistan and across the Middle East. He has developed government policy and strategic direction for geospatial information, including representing UK on the EU Satellite Centre Board, and furthered the role of geography on international military and stability operations, disaster relief and London’s Olympics. He contributes to the United Nations Global Geospatial Information Management work. John is a Fellow of both the Royal Geographical Society and the Institute of Royal Engineers and is a Chartered Geographer.

Check out the incredible speaker line-up to see who will be joining John.