The speaker Mark Munsell was part of the previous event. To review the most recent speakers list, click here.
View All Speakers 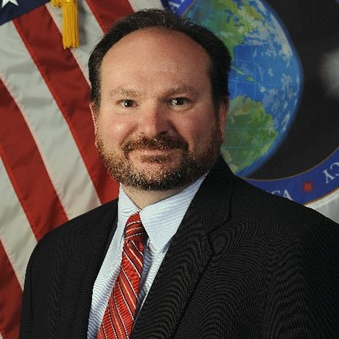 Prior to becoming CTO, Mark was Deputy Director, CIO and IT Services Directorate at the National Geospatial-Intelligence Agency. Prior Mr. Munsell served as the Director, Office of Targeting and Transnational Issues in NGA’s Analysis Directorate. Mr. Munsell began his federal career with the National Oceanic and Atmospheric Administration in Norfolk, Virginia in 1990. Serving in a professional, multi-disciplinary role as photogrammetrist, cartographer, and surveyor, he demonstrated an aptitude for digital transformation and was subsequently transferred to NOAA headquarters in 1993 to work on various system developments. In 1995, Mr. Munsell was awarded the NOAA Bronze Medal for his software engineering work transforming the nation’s nautical charting production system. A native of St. Louis, Missouri, he was offered the opportunity to return to the area in 1996 through a transfer to one of NGA’s predecessor agencies, the Defense Mapping Agency, to work systems development issues, specifically, as the lead software engineer on transforming the agency’s aeronautical production systems. After successfully designing and fielding the new system, Mr. Munsell left the agency to work for Northrop Grumman TASC where he continued to be the lead engineer on several system developments for NGA. In March 2000, Mr. Munsell founded Internet Marine and Aviation Planning Services (IMAPS, LLC), which began offering flight and maritime planning services to individuals, industry, and government via the Internet. With Mr. Munsell as president, the company grew quickly and started offering software development and production services to a variety of customers including NGA, Department of Defense, Department of Interior, the Experimental Aircraft Association, and many others. SAIC acquired IMAPS, and subsequently, in 2006, Mr. Munsell returned to federal service working for NGA’s eGEOINT office, where he promoted Web Services and the adoption of Service Oriented Architecture throughout the agency. In late 2006, Mr. Munsell was assigned as the Technical Executive of the Office of Global Navigation, and managed over 30 projects to increase efficiency, interoperability, accessibility, and improve quality for the office. In 2008, Mr. Munsell deployed to Iraq, serving as the team lead and representative to the Multi-National Corps Iraq in Baghdad, earning the Joint Civil Service Achievement Award. In 2009, Mr. Munsell was assigned as the Deputy Chief, Precision Engagement Division, Office of Targeting and Transnational Issues (NGO-T). In 2015, he was assigned as Deputy Director, Aeronautical Navigation Office, Source & Management Directorate. Mr. Munsell is a graduate of Southeast Missouri State University with a degree in Geography, and a minor in Aerospace Studies.

Check out the incredible speaker line-up to see who will be joining Mark.